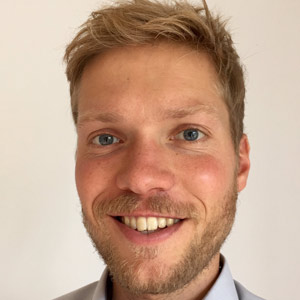 In process automation systems, important parameters such as temperature, pressure, flow rate, humidity, and many others must be monitored and measured. In the era of Industry 4.0, Ethernet is a popular communication standard. Because Ethernet is wired and transmitters and sensors typically require a power supply, the question arises: why not use the Ethernet cable for both data transmission and supply? This article describes how Ethernet devices can use the cable simultaneously for transmitting data and for supplying power. Powers over Ethernet (PoE) systems are widely used in the industry and will play an important role in the future.

The supply of power via a Cat-5 cable is defined in the IEEE 802.3 of Power over Ethernet standard. With PoE, Ethernet devices can be supplied with power simultaneously as the actual data transmission takes place via an RJ45 cable. The PoE standards used to be limited to a few watts, but newer PoE technologies enable even higher power. For example, PoE+ allows power up to 25 W per port, and PoE++ (a four-pair Power over Ethernet system) ranges from 70 W to 100 W by using all of the existing cable wires. To extend the benefits of the PoE standard and give OEMs greater flexibility, PoE manufacturers are developing parallel standards that provide a more optimal approach for different applications. For example, Analog Devices has defined the LTPoE++ standard, which supports up to 90 W powered device (PD) power (Table 1) LTPoE++ reduces the technical complexity of the PoE system in relation to comparable solutions. Plug and play capability, easy implementation, and safe, robust power supply are further features of LTPoE++. Moreover, LTPoE++ is interoperable and backward-compatible with the standard PoE specifications of the IEEE. However, the usable power is somewhat lower than the specified PD power because of losses in the system as well as cable losses, as is also the case with PoE+ and PoE++.

Essentially two components are necessary to supply devices over the Ethernet cable: the powered device and the power sourcing equipment (PSE).

The PSE has the task of delivering the power like a power supply, whereas the PD receives the power and uses it (load). PSE devices have a signature process while powering up to protect incompatible devices from damage when they are connected. This involves first checking the signature resistance of the PD. The PD will only be supplied with power if this value is correct (25kΩ). If the PSE detects a PD, it starts with the classification; that is, with the determination of the power requirements of the connected device. For this, the PSE applies a defined voltage and measures the resulting current. The PD is assigned to a power class on the basis of the current level. The full voltage and current will be supplied if everything is correct. As soon as the PD is supplied, it has the task of converting the PoE voltage of –48 V to a supply voltage suitable for the terminal devices. In typical PD designs, an additional dc-to-dc converter (diode bridge controller) is used. It has the task of adjusting or covering the power requirements of the components supplied by the PD. Newer ICs already offers the possibility of integrating the interface and the dc-to-dc converter into a single component for low power classes, which simplifies the design.


PSE devices have a signature process while powering up to protect incompatible devices from damage when they are connected. This involves first checking the signature resistance of the PD

Because PDs must accept a dc operating voltage of any polarity over their Ethernet inputs according to the IEEE802.3 PoE specifications, two diode bridges are required in front of the inputs of the PD. Thus, the PD also works with reverse polarity, regardless of the wire pair used. Figure 2 shows an LTPoE++-, PoE+-, and PoE- compliant PD controller with an integrated isolated switching regulator. A controller like the LT4276 enables operation for both forward and flyback topologies, as well as synchronously for power classes from 2 W to 90 W. Conventional PD controllers of lower power classes have integrated power MOSFETs, but at higher power, the option of driving an external MOSFET enables the PD to decrease its losses and increase its efficiency.

Because the IEEE802.3 Ethernet specifications require electrical isolation from the ground connection of the device housing, the system needs an isolated controller chipset for the PSE. A digital interface (LTC4271in Figure 2) connects to the PSE host on the non-isolated side while an Ethernet interface (LTC4290in Figure 2) connects on the isolated side. The two components are connected by means of a simple Ethernet transmitter. Through this robust PSE chipset design, additional components for generating the isolated power supply can be avoided.

An increase in the power and efficiency of the overall PoE system can be achieved if the two diodes of the full-bridge rectifier on the PD side are replaced by ideal diodes. Therefore, MOSFETs are used and controlled, such that they act like typical diodes. Through this, the forward voltage can be drastically lowered due to the low channel resistance [RDS (ON)]. An ideal diode bridge controller, in combination with the PD controller, manages four MOSFETs in a full-bridge configuration (Figure3).

Figure 2. Example of a PoE circuit.

PoE and standards developed in parallel such as LTPoE++ to connect smart factories and buildings while providing a robust, end-to-end, high power approach to simplify the design and implementation of power supplies.