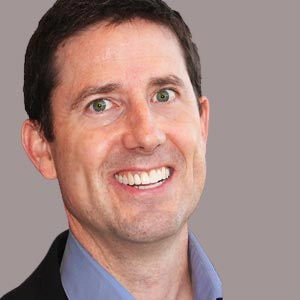 I live in a very fast-growing community. In the past twenty (20) years, the city has grown by a factor of ten (10x) from 20,000 to over 200,000 people. New home construction, shopping centers, and schools are everywhere. This growth has come with a corresponding increase in car traffic and congestion. Even when one knows the change is coming, it is hard to plan for and expand the roads to meet the ever-increasing traffic and population

Analogously, the information age has done the same thing to digital data. Data is growing at a staggering rate from an ever-increasing number of types and sources. According to Forbes, 90 percent of the world’s data was created in the last two (2) years alone. The digital revolution demands that society handles more and more data that is being generated at an exponential pace. This article will discuss how semiconductor-based silicon photonics enables us to meet these needs. Silicon photonics technology melds together the silicon (Si) integrated circuit (IC) and the semiconductor diode laser. It allows faster data transfer over longer distances compared to traditional electronics.

Most people recognize that digital data is an asset in our everyday personal and business lives. People employ mobile phones and desktops to access the internet, send texts, get on Zoom calls for work and school, or watch cat videos. The rise of several technology inflections is shaping the future of technology.

These technologies essentially take advantage of the new degrees of efficiency and scale of cloud computing architectures. Cloud computing is the on-demand availability of computer system resources, especially data storage and computing power, without direct active management by the user. Large clouds often have functions distributed over multiple locations, each location being a data center. Once sent to the data center, information is extended to the network and edge, enabling applications such as the internet of things (IoT), industrial automation (IA) via robotics, and Industry 4.0. The edge demands more and more computing closer to where data is being created and consumed, driving a wave of multifunction, computation-hungry devices. Workloads are no longer static between enterprises and public clouds. These workloads get distributed to a mix of hybrid and multi-cloud arrangements.

Telecommunications’ fifth-generation technology standard for broadband cellular networks (5G) enables rich experiences and services . The upshot is a fundamental change in how society thinks of computation and the requirements for how most networks will need to be transformed in the fronthaul. Fronthaul (antenna to central office) is the fiber-based connection in radio access network (RAN) infrastructure between the Baseband Unit (BBU) and Remote Radio Head (RRH). With the advent of new 5G applications, flexible fronthaul networks are required to balance the latency, throughput, and reliability requirements. Artificial intelligence (AI) and machine learning (ML) are becoming fundamentally incorporated and pervasive in most applications. AI enables customers to leverage the power of data.

Whether in the cloud, the network, or at the edge, data centers will go through a massive architectural transformation in the coming years . Data centers will need to leverage heterogeneous computing with different processor architectures optimized for different workloads. Explosive data growth is placing extraordinary demands on networks, with five times (5X) more traffic occurring within the data center than total Internet traffic. Data growth requires large-scale data center operators to deploy higher-speed connectivity over greater distances. These distances may exceed the length of several soccer fields.

Silicon photonics is a game-changer. It provides the reality of integrating optical data transmission with silicon manufacturing, enabled by a hybrid silicon laser. This technology converts silicon-based electrical signals into light while achieving greater than 90 percent coupling efficiency. This technology allows data to get transmitted over great distances at ultra-high bandwidth in today’s hyperscale data centers.

One example is a silicon photonics 400G DR4+ Optical Transceiver. It is a small form-factor, high-speed, low-power consumption device. This transceiver is targeted for use in optical interconnects for data communications applications. The high bandwidth module supports 400GbE optical links over single-mode fiber or quad 100GbE optical links for breakout applications. It provides connectivity for large-scale cloud and enterprise data centers as well as optical interfaces for Ethernet switches, routers, and transport networking equipment.

Whether or notone lives in a fast-growing city, digital data continues to grow at an astonishing rate. According to Statista, in 2025, the amount of data creation is projected to grow to more than 180 zettabytes worldwide. As the world’s appetite for data is growing exponentially, it should be no surprise that data centers and high-performance computing are expected to be one of the fastest-growing applications of silicon photonic solutions.